Why Marketers Also Need To Be Designers

Home » Articles » Why Marketers Also Need To Be Designers 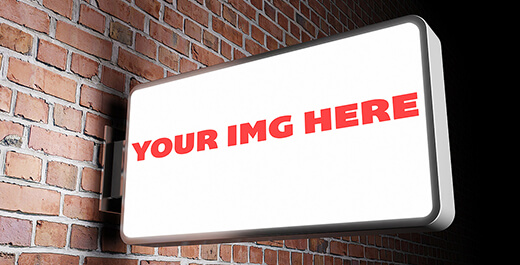 The more technology advances, the more lines are being blurred between what were once separate and completely different titles and responsibilities. The internet age has made it possible for individuals and small businesses to compete on a global stage from the comfort of their homes or cramped offices, and it’s an amazing development.

But these great opportunities also require a new level of responsibility, to paraphrase an old saying. In other words, if it’s related to your field at all, you’d better know something about it these days. Nowhere is this truth more self-evident than in the fields of content marketing and social media marketing, two terms which weren’t even coined a decade or so ago.

A Jack of All Trades

This development has less to do with new job titles than it does technological convergence. The advent and ascension of social media as a dominant force in the everyday lives of people has occurred simultaneously with the fact that content is once again king, although ‘content’ today can mean anything from a short Twitter post to a 2,500 word, in-depth article. Regardless, those who create content are increasingly expected to help in the marketing of the content, including on social media channels. And within that last sentence alone the blurred lines become evident.

Content creation, graphic design, marketing, social media management – these terms are increasingly overlapping in responsibilities and becoming more of a unified front. While in ages past taking up such a seemingly diverse set of skills might require decades of intense learning, these are the days when a homeless man can learn to write code for free online and earn a serious income doing so within a year. It’s been done.

One such conversion of required skills happened when writers (or content creators if you prefer) began being asked to help market their content, previously two entirely separate job descriptions. At the same time, marketers started creating content themselves to save time, money, and for expediency among other reasons. Now the content creator/marketer is tasked with a new skill set, that of design. After all, if someone is already doing the writing and the marketing, why not throw in the design element to complete the trinity? All they really need is an Adobe Photoshop course or an Adobe InDesign course, after all.

There is still the question of whether the individual titles of marketer and designer can or should exist once someone can take on both roles, and the answer is undoubtedly “yes”. A jack of all trades is rarely the master of them all, which means that distinct and separate creative forces and marketers will almost certainly always be needed in most situations. Agencies and freelancers for each discipline will likely continue to exist and thrive. However, that doesn’t mean that the crossover training between them should be dismissed in any way.

In fact, this cross-training should probably be mandatory within any company that wants to truly compete in the future. In addition to learning to edit images and layout pages with Photoshop and InDesign, an Adobe Illustrator course can just as easily teach them how to work with vector images and use advanced drawing and typography tools. When a marketer can competently discuss the kerning of text or the keylining of a design layout with the design team, it becomes much easier to consolidate a vision between them and bring a campaign to a successful and profitable conclusion.

Being on the same page is always advantageous to any effort of a team, and the more the team members understand the purpose and responsibilities of the other members, the better. If you want to take advantage of an InDesign course in London, or other Adobe software courses which can help your career along, contact us today.