The Knowledge of Font

Home » Articles » The Knowledge of Font 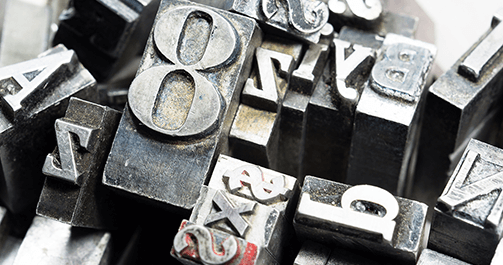 It’s a little-known fact that Steve Jobs studied calligraphy before he dropped out of Reed College in Portland. And yet, it seems like one of the most obvious things we never knew about him.

Perhaps it was in his obvious designer’s eye. Or the importance of font to the brand we understand today as Apple. The visual impact of a font communicates a lot about the brand. Or perhaps it was Job’s vision that your average computer user could have a favourite font.

In this, Apple led the way. When Jobs offered home computer users a choice of fonts in MacWrite – the word processor application released along with the first Apple Macintosh systems in 1984 – it was genuinely novel. Users could choose from the Chicago, Athens, Geneva, New York, Monaco and Venice fonts. Microsoft didn’t catch up until 1986 when users were offered Times New Roman, Georgia, and Arial (set to Times New Roman by default) with Windows 3.1 under a licencing deal with Apple.

Why is this important?

Typefaces matter. The size, spacing, font and colour of your copy all impact the way it makes your reader feel. Your choices change the visual impact of your message. And, whether in print or on screen, the choices you make will affect the legibility and readability of your text. Increasingly, it also communicates clear information about your brand, even as something as fundamental as your brand identity.

Serifs are the little flourishes at the end of horizontal or vertical strokes, such as the horizontal line at the base of the vertical stroke of an ‘r’ or the vertical lines at each end of a ‘s’. Serif fonts that have these little flourishes include Times New Roman, Courier, or Palatino. Sans-serif fonts do not have these flourishes; examples include Helvetica, Arial, and Calibri. Nearly all books, newspapers, and magazines use a serif font, such as Times New Roman, because serif fonts are easier to read in print.

However, this doesn’t hold true on screen. That’s why, in 2003 Microsoft began work to switch its default typeface from Times New Roman to a sans-serif font – launching Calibri as the default font from Office 2007 onwards.

Thanks to advances in programming and display, designers, desktop publishers, and website managers now have a choice in terms of the fonts available to them. Many larger brands have their own fonts, used to clearly identify their brand in type. This might not be possible for most of us, but we should think carefully about the fonts we use and set out clear guidelines for how they are used to ensure consistency.

Commonly, a decorative font is used for the logo and accent text which can then be paired with a standard sans-serif or serif font for body text.
When pairing typefaces, it’s generally wise to pair those that share a similar character height (known as the ‘x-height’ because the measurement is based on the letter ‘x’).

The spacing between lines (leading; named after the line of lead which printers would use in traditional typesetting), the width of the text across the page (measure), size of the font itself (measured in points), relative width and height of the letters, weight of the strokes (thin, regular, bold, black), and the space between the letters (kerning when dealing with spacing between individual letters; tracking when dealing with the standard spacing between all letters) all affect the ease with which your text can be read, and the way readers emotionally connect with the text. It is worth playing around with each of these measurements in order to understand their impact.

One of the most important ways we use size in web design, for example, is to govern the styles of headers, sub-headers and body text in a web page, give the page a vertical hierarchy, assist SEO, and make it easier to read and navigate. Typically, larger font sizes can elicit stronger emotional connections. Certainly, our expectation of font size is larger today that it was even 30 years ago. In terms of line length, 50 – 75 characters is ideal.

A Call to Action

Finally, other considerations include colour, cultural and industry norms and special effects. Of course, colour is always an important consideration for any designer. The special effects now available in print media thanks to the options now available for digital spot printing are opening up new opportunities for design innovation. A recent study at MIT explains why it is worth taking time to make the right decisions about all aspects of your typeface. The researchers concluded that well-designed reading environments don’t necessarily help readers better understand what they are reading, but they do inspire more positive emotions and consequently make it more likely that the reader will take action.

Experimentation is the best way to explore the impact of your design decisions: we can tailor specific courses to help you in logo design, print design, video, and web design. Enquire here.