A Brief History of InDesign 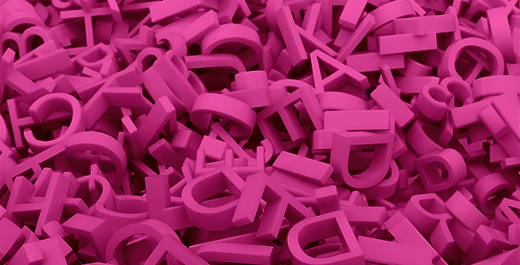 Adobe’s desktop publishing software, InDesign, came of age last year.  We take a look at InDesign’s evolution over this time, how it has seen off its rivals and remained relevant.

How InDesign saw off its rivals

The achievement of Adobe in not only overtaking QuarkXPress’s dominance in the desktop publishing niche but in remaining relevant in today’s mobile-first world of apps and online tools can’t be underestimated.

An early marker in the sand was the launch of InDesign 2.0 in January 2002 – when InDesign became the first desktop publishing software to support OS X.  It wasn’t until the launch of QuarkXPress version 7 in 2006 that Quark caught up.  In the meantime, Quark had alienated a swathe of Apple users by its lack of commitment to the platform; a vital user base in the creative industries.

When Adobe bundled InDesign with Photoshop, Illustrator and Acrobat in Creative Suite with the launch of InDesign 3.0 in October 2003, the package was extremely competitively priced.  This bundle strategy helped to establish these Adobe solutions as the industry standards – a far cry from QuarkXPress’s 1990s’ dominance of the desktop publishing market with a 95% market share.

InDesign moves to the cloud

The next major strategic development from Adobe was the move to a cloud-based delivery model and subscription pricing.  While the bundling of the Creative Suite applications that had been so successful for Adobe would remain fundamental to its strategy, from June 2013 the applications would be delivered under Adobe Creative Cloud.

This was a major shift for users, but one that has enabled Adobe to push enhancements and new features out to users quickly.  The new, more frequent update programme was supported with the introduction of seamless updates; so that users’ pre-sets, preferences and shortcuts are maintained after an update is made.

Today, the Creative Cloud is ‘reeling in many consumers, enthusiasts and small businesses that were averse to spending hundreds of dollars or more for licenses for its traditional Creative Suite’.

It is now estimated to have more than 12 million subscribers.

The evolution of InDesign

Over the course of InDesign’s takeover of the desktop publishing space, its features have enjoyed a rapid evolution.

While InDesign version 2.0 (launched in 2002) saw the introduction of transparency and drop shadow effects alongside tables, XML support, hyperlinks and improved OpenType support, by 2007 – with the launch of InDesign version 5.0 and Creative Suite 3 – InDesign users could use the Photoshop visual effects including opacity, bevel and emboss, blending modes from within InDesign.

The closer integration of the nearly 40 applications that make up Creative Cloud together with the development of e-publishing, online tools and, particularly, mobile functionalities has seen a step change in the development of InDesign.

Our Adobe InDesign courses are easy to follow and engaging.

If you are already familiar with InDesign why not get up to date with all of the applications new features by taking a refresher course?

Or:  progress to your next level and choose from small group open course dates or book your own private one-to-one tuition.